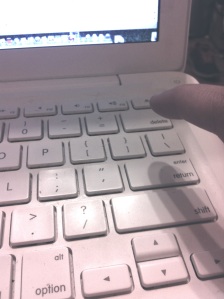 What can we learn through the comments on Facebook posts?  Or rather, what is the lesson behind all internet comment threads?  I have to guess there are many; have you read that stuff lately?  If in millions of years these internet comments are found by aliens what would they glean about humanity?  When you take out the content of comments, and are left with merely the structure of the comment itself, I find the biggest take away is this: the thoughts in my head care a lot about the thoughts in your head.  They would see us humans engaged in a constant back and forth, a never-ending cycle of opinions.  Alas, this too is just a display of thought.

What causes my thoughts to react so strongly to yours?  As can be observed in many a YouTube comment section, the content of discussion can be anything, and the reaction will be present and passionate.  Have you ever read something in your News Feed that just bothered you?  Did you end up replying to the initial statement?  I know I have, many times.  And it feels important.  But in reality, the thoughts in my head are just reacting to the thoughts in your head.  When thoughts do this they give themselves renewed life.  A thought in reaction can keep gaining until it completely absorbs your attention to the point where you don’t even notice you’re thinking anymore.

At this point, instead of referring to the thought reaction as merely thoughts, we call it ego.  Ego is attachment to thoughts.  This displays itself quite clearly through internet comments.  Since the people are not present, the thoughts themselves are left bare, living their own life until you see them for what they really are.  The internet leaves ego right out in the open, precariously perched in the perfect position for you to become aware of it.  The moment you notice the comments you are reading and writing are not who you are, the ego is no longer in control, and you can begin to experience you true self beyond thought.  Our ego, our mind; it is all one.  Our thoughts egg each other on, because they are truly one flow of energy, gaining life momentum through our interactions.

Sometimes I scroll through Facebook and don’t notice what I’m doing, don’t realize the reaction switch is in the on position.  Sometimes I scroll through and feel my ego rising up with each reaction.  It is in those moments that I can most clearly see the separation, see what I am not, and start to experience what I am.  Becoming aware of the ego is the beginning of its end.  Where do you notice the ego playing itself out in your world? 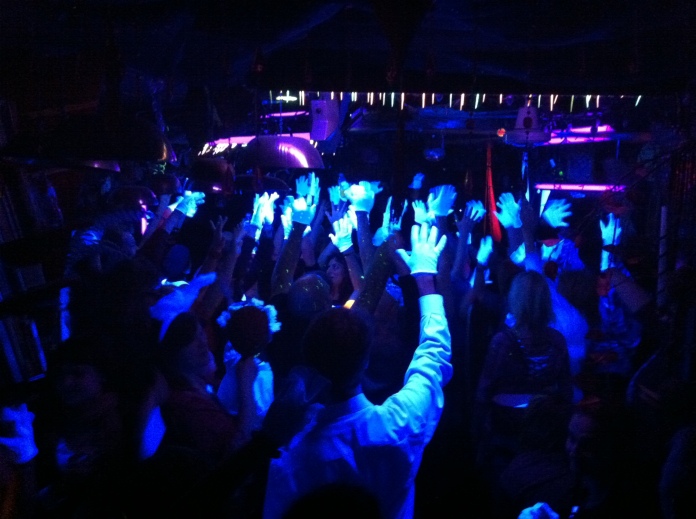 As I arrived at my place of work this morning I found the street full of huge trucks. It turned out a TV show was being filmed in the neighborhood. As I was walking home I ended up talking to a production assistant, who let me in on some of the woes of filming in residential neighborhoods. In his experience of filming in such locations he has found that people are always complaining, always angry, and always looking to get something for themselves. People want to park their cars outside their houses as usual and complain since they can’t, while at the same time they ask to watch and be a part of the show themselves. One of the most interesting insights from him, was that people always go up to the actors and want pictures, but never actually ask them any questions. All of this got me thinking about the nature of fame, image, and perception.

Why does being famous seem so fulfilling? Why does getting a ton of “likes” on a Facebook post seem important? Personally, I have had that desire for fame, for “likes” on Facebook, and admittedly, I check my blog stats all the time. When I first realized that there was a “stats” section on the blog I thought, “I shouldn’t make a habit of looking at this. After all, how many people read it has nothing to do with what I’m trying to accomplish.” What a noble thought! But to no avail. I still check the stats, and I still get that leap within when people “like” and comment on my Facebook posts. So as I speak to why these things seem so important, it is without judgment, but rather introspection.

When you’re around someone who you think has more than you, the mind will take one of two routes. It will downplay the success of the other person, and come up with reasons why they’re not so great anyway. Or it will go to the opposite end of the spectrum and feel bad about itself, coming up with a barrage of reasons why you, the thinker, are not good enough and should be better (but can’t). That approach to famous people is what I like to call “anything you can do, I can do better.” If the mind can’t come up with reasons why it is better than the other person, it will still manage to gain a sense of superiority by explaining why it is worse than the other person. Good or bad, the mind doesn’t care, as long as it can attach itself to a story.

What these approaches have in common is that the ego, the mind when it identifies with things, is interacting with other perceived egos. There is no real human interaction here. It is merely ideas interacting with other ideas. The mind has an idea about who the other person is, and engages with that idea, rather than the actual person. So when a person really wants to take a picture with a famous person, but has nothing to say to them or any curiosity about them, it is really their mind attempting to attach itself to an object it sees as valuable. Or to post it on Facebook and receive “likes,” therefore making them more than they were before.  When a person is well known, it is easy to see only your own ideas about them, and not the actual human being.

On the flip side of this insanity, I had an amusing thought as I was walking home. Since everything around us is completely unified and whole, when we praise famous people it is like the universe praising itself! When I build up others, I know I am really just building up myself. This principle, however, is alien to the ego.  Having an intention when interacting with other people can help you to see them as they really are, and quell the ever avid ego. For example, as I was talking to the production assistant my ego would have loved to implement the “human ATM.” And I was one of the people getting their picture taken with the actors. But when I’m talking to people, especially if they’re telling me about things that are bothersome to them, it is my intention to spread consciousness, and leave them feeling great about themselves. I stay present by listening without talking in my head at the same time, and I offer helpful, loving remarks whenever appropriate. Asking questions and listening, without internal dialog, is a good indicator that you are having a human interaction and not an ego interaction. By no means am I always aligned with my intentions when interacting with others, but I attempt to remind myself of them when my ego starts to rear its ugly head. Experiencing other human beings without the mental screen of who you think they are, opens you up to a world the ego cannot conceive of. People are very different than the mind’s ideas about them. Next time your ego tries to take over an interaction, laugh at it, and then find out what happens when you see things as they really are!

“1 new thing a day challenge” update: Today, for day 6, I ate fried shrimp for the first time! For those who know me, you will appreciate the magnitude of this endeavor. I never eat anything that comes from the water, not fish, shrimp, lobster, literally nothing. This challenge has gotten me taking risks, and I am quite pleased I did! Not that I liked the shrimp, but I can finally say I’ve tried seafood. Now I don’t have to eat anything like that again (until the next challenge…). Yesterday,for day 5, I attempted a few new things. I am moving soon so I switched my address with the post office and other venues, and tried to set up the cooking gas service at my new place. I haven’t moved for five years, and didn’t have to do these things last time, so it made me feel quite the responsible person. What are your plans for the last day of the challenge?